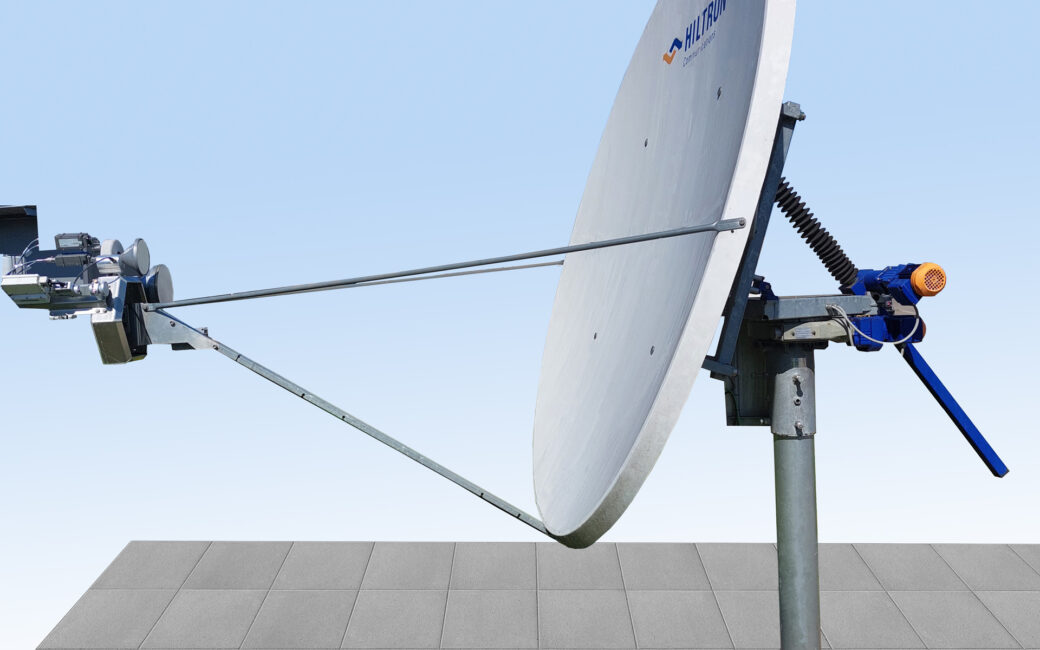 Based on over 10 years of Hiltron experience in designing, manufacturing and integrating motorised satellite mounts, HMAM LEO is capable of accommodating parabolic antennas of up to 2.4 metres diameter. Supported on a high-stability ground pillar, it incorporates the computing resources to track satellites using the NORAD TLE (two-line element) data format which defines satellite locations based on their location and velocity. The system can lock onto the desired LEO satellite within the approximately 10 minute timespan where the target satellite is in sight.

The HMAM LEO mount can be controlled and oriented within more than 360 degrees of azimuth and 80 degrees of elevation at the required tracking speed. All elements of the antenna control unit are accommodated inside a weatherproofed outdoor housing.

HMAM LEO systems can be specified from a wide range of options. These include a feed changer allowing the antenna to be switched between up to four microwave bands. Customers can choose between standard steel mounts designed to screw directly to a base surface, or non-penetrating mounts. Control can be performed via an integrated web interface or SNMP. Other options include de-icing, extended temperature range tolerance and increased protection from salt water.

A low Earth orbit (LEO) is an orbit around Earth with a period of 128 minutes or less, making at least 11.25 orbits per day, and an eccentricity less than 0.25. Most of the artificial objects in outer space are in LEO, with an altitude never more than about one-third of the radius of Earth. The LEO region is the area of space below an altitude of 2,000 km, about one-third of Earth's radius.

HMAM LEO will be make its first exhibition appearance on the Hiltron stand (1.D50) at IBC 2022 in Amsterdam, September 9th-12th.