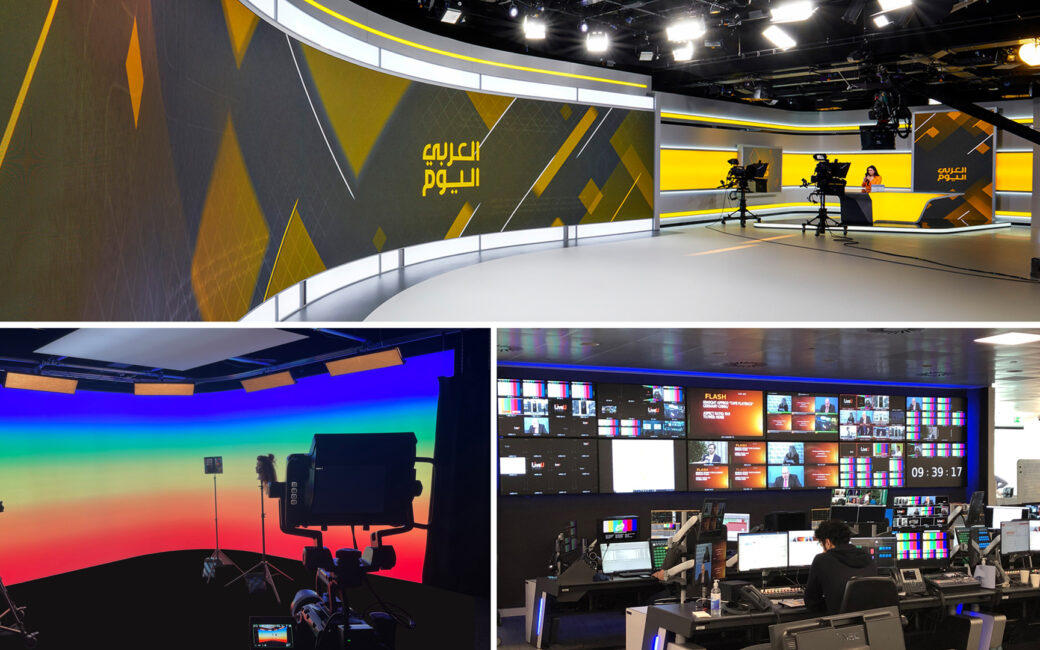 "A lot of operational and technical innovation has taken place across the media market during the three year gap since the last IBC," says Jonathan Hughes, Head of Systems Integration. "We are seeing a strong resurgence of investment in every category from broadcast right through to the educational, corporate, live-events and multimedia sectors. A significant trend is the growing interest in the NDI protocol which makes IP live production more cost-effective and versatile than ever. Another is the increasing refinement, compactness and affordability of virtual studio technology made possible by latest-generation graphic rendering systems. The transition from HD to UHD continues along with growing recognition that HDR is progressing from aspirational to routine."

ATG Danmon projects in recent months include a studio control room upgrade for one of the UK's most prestigious broadcasters. "A key challenge, and by no means an uncommon one, was the need to ensure that the upgrade could be completed without impacting the facility's daily schedule," adds Howard Dixon, Project Manager. "We were able to perform a complete changeover across a weekend prior to the new system going live on the Monday morning."

New studio facilities were also provided at the London premises of one of the world's most active financial management services. The project centred on the design and construction of a fully-featured UHD virtual production facility. It included three UHD pan/tilt/zoom cameras and an ATG-designed green screen virtual production set.

A multi-camera studio and control room upgrade to full UHD vision, routing, recording, monitoring and archiving was completed for That Lot, one of Europe's leading providers of social media content production support. This project coincided with the relocation of That Lot's London headquarters to new premises. A full-colour LED-backlit cyclorama is incorporated to achieve sharp chroma-key superimposition over any background. 360 degree surround video and audio capture can also be performed if required.

An IP-linked multi-camera studio was created for the German branch of an internationally active provider of investment services. Situated in Frankfurt Rhein-Main, it allows fully remote operation from the company's London headquarters. The studio is used for internal and external communication and podcasting as well as allowing the company to participate in finance-related interviews and presentations for broadcast TV channels around the world. It is based on the remote-contribution model which has been standard broadcast practice for decades, in this case using latest-generation NDI IP.

Broadcast television production facilities were completed for one of the world's largest and longest established global news agencies. The project included the design and integration of two new studios plus associated galleries and a master control room. Cable prefabrication was performed at ATG Danmon's Letchworth headquarters prior to the onsite build. Equipment installed included cameras, power-efficient LED lighting, Ross routing and RTS talkback.

A large-scale upgrade to the news production and editing resources at the headquarters of Alaraby Television in London's Park Royal was completed. Work is meanwhile nearing completion at one of Britain's largest universities, sustaining ATG Danmon's long experience in the higher education sector as well as the broadcast mainstream.

ATG Danmon (www.atgdanmon.co.uk), part of the Danmon Group, is an international systems integrator and a world-class supplier of broadcast systems planning, design, installation and commissioning services. Customers include some of the world’s largest television and multimedia networks. ATG Danmon is also active in the educational and corporate sectors. The company has partnered with many clients in the construction of IT-based automated file workflow systems, high-definition studios, master control rooms and playout facilities, as well as the upgrade of existing SD systems to HD and UHD. With offices in Asia, Denmark, Germany, Norway, Portugal, Spain, Sweden and the United Kingdom, the Danmon Group (www.danmon.com) thinks globally and acts locally to support customers with its highly experienced sales and engineering teams.